Don DeLillo: The Syntax of the Present 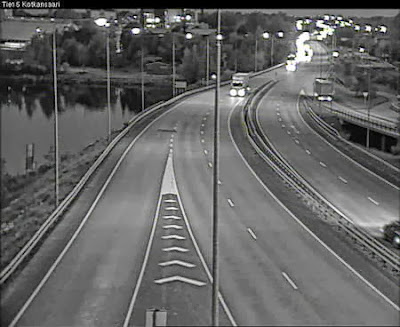 “She spent hours at the computer screen looking at a live-streaming video feed from the edge of a two-lane road in a city in Finland. It was in the middle of the night in Kotka, in Finland, and she watched the screen. It was interesting to her because it was happening now, as she sat here, and because it happened twenty-four hours a day, facelessly, cars entering and leaving Kotka, or just the empty road in the dead times. The dead times were best.” — The Body Artist, Don DeLillo

I've been growing increasingly attached to the syntax – not the characters or the stories, so much, but the syntax, the grammar, the way it affects the rhythms of your reading – in the recent stories of Don DeLillo. Just those ones from the last twelve years, since he started writing very short novels of little more than a hundred pages.

I have always liked short books. I read The Crying of Lot 49 a long time before I read anything else by Thomas Pynchon. And these stories seem to capture everything that I have always liked about short books: the precision, the economy, the sense of a snapshot, a brief window into a story, but one that is marred by gaps, blank spots. Questions are left unanswered, like in a good film.

If I were to make a film, I think I would like it be quite a lot like The Body Artist or Point Omega. The style of the shooting and the editing and the acting should try to capture the syntax of DeLillo's writing. 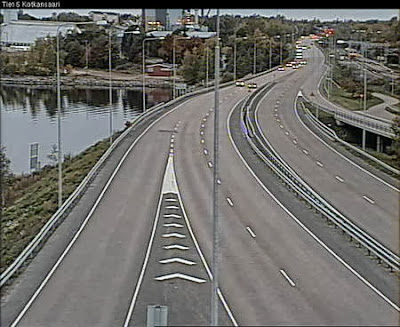 “She sat and looked at the screen. It was compelling to her, real enough to withstand the circumstance of nothing going on. It thrived on the circumstance. It was three in the morning and she waited for a car to come along—not that she wondered who was in it. It was simply the fact of Kotka. It was the sense of organization, a place contained in an unyielding frame, as it is and as you watch, with a reading of local time in the digital display in a corner of the screen. Kotka was another world but she could see it in its realness, in its hours, minutes and seconds.” — The Body Artist, Don DeLillo

James Bridle somewhere talks about the recent books of William Gibson as a kind of ‘network realism’, writing “that is of and about the network … This writing exists on a timeline, but it’s not a simple line back-to-the-past and forward-to-the-future. It’s a gathering-together of many currently possible worldlines, seen from the near-omniscient superposition of the network.”

I once interviewed Bridle for Wired and via Skype he spoke about the way these hovering penguin drones that turn up in Zero History seem to have slipped straight out of a YouTube clip that Gibson may have been watching as he wrote, from one window on his computer desktop into another, entering the fiction from the (quasi-)real world of the network.

I have included these extracts from The Body Artist, about the traffic feed from Kotka, to illustrate the way I think this is equally true of DeLillo.

But one could also point to the strange boy the main character meets in her home in this book, whom she calls Mr. Tuttle. The way he speaks – chopping up fragments of what he has heard, processing it, decontextualising it, stripping it of meaning – so closely resembles the modus operandi of spambots on Twitter. A human language generated spontaneously by Markov operations. The syntax again. 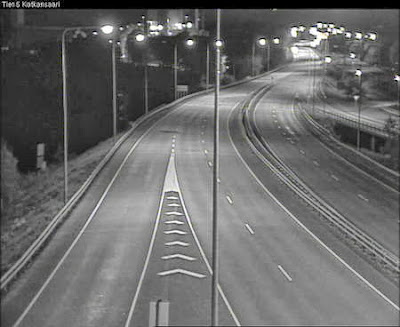 “She set aside time every day for the webcam at Kotka. She didn't know the meaning of this feed but took it as an act of floating poetry. It was best in the dead times. It emptied her mind and made her feel the deep silence of other places, the mystery of seeing over the world to a place stripped of everything but a road that approaches and recedes, both realities occurring at once, and the numbers changed in the digital display with an odd and hollow urgency, the seconds advancing toward the minute, the minutes climbing hourward, and she sat and watched, waiting for a car to take fleeting shape on the roadway.” —  The Body Artist, Don DeLillo


I think arguably DeLillo comes closer than Gibson to capturing what is so peculiar about the present, its strange sense of dislocation, its atemporality. “Life is too contemporary,” as Didi Fancher says in Cosmopolis. While, at the same time, the “present is harder to find.” This is why, I think, Cosmopolis the film is one of the best science fiction films of the last ten years. It is not set in the future. There are no aliens or extraordinary technologies. But it has the feel of science fiction.

This is what William Gibson says about the present. That he no longer writes novels set in the future because the present already feels like science fiction, it already has the strangeness that people once looked to the future for.

But where Gibson still writes about computers and surveillance and branding, DeLillo is picking up on something else. Often – as in The Body Artist or Point Omega's long rumination about Douglas Gordon's Twenty-Four Hour Psycho – contemporary art. In Cosmopolis, however, this has been subsumed – bought up, if you like – by something else, “What is it Michael? The interaction between technology and capital. The inseparability.”

More than that, though, it is something about the way things unfold. The rhythm and the feel of their unfolding. The syntax of the present. 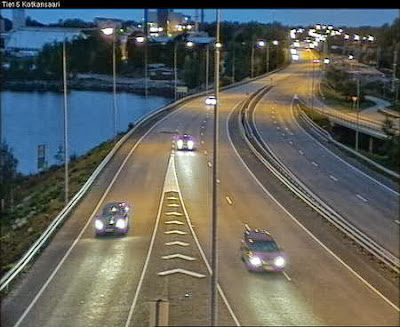